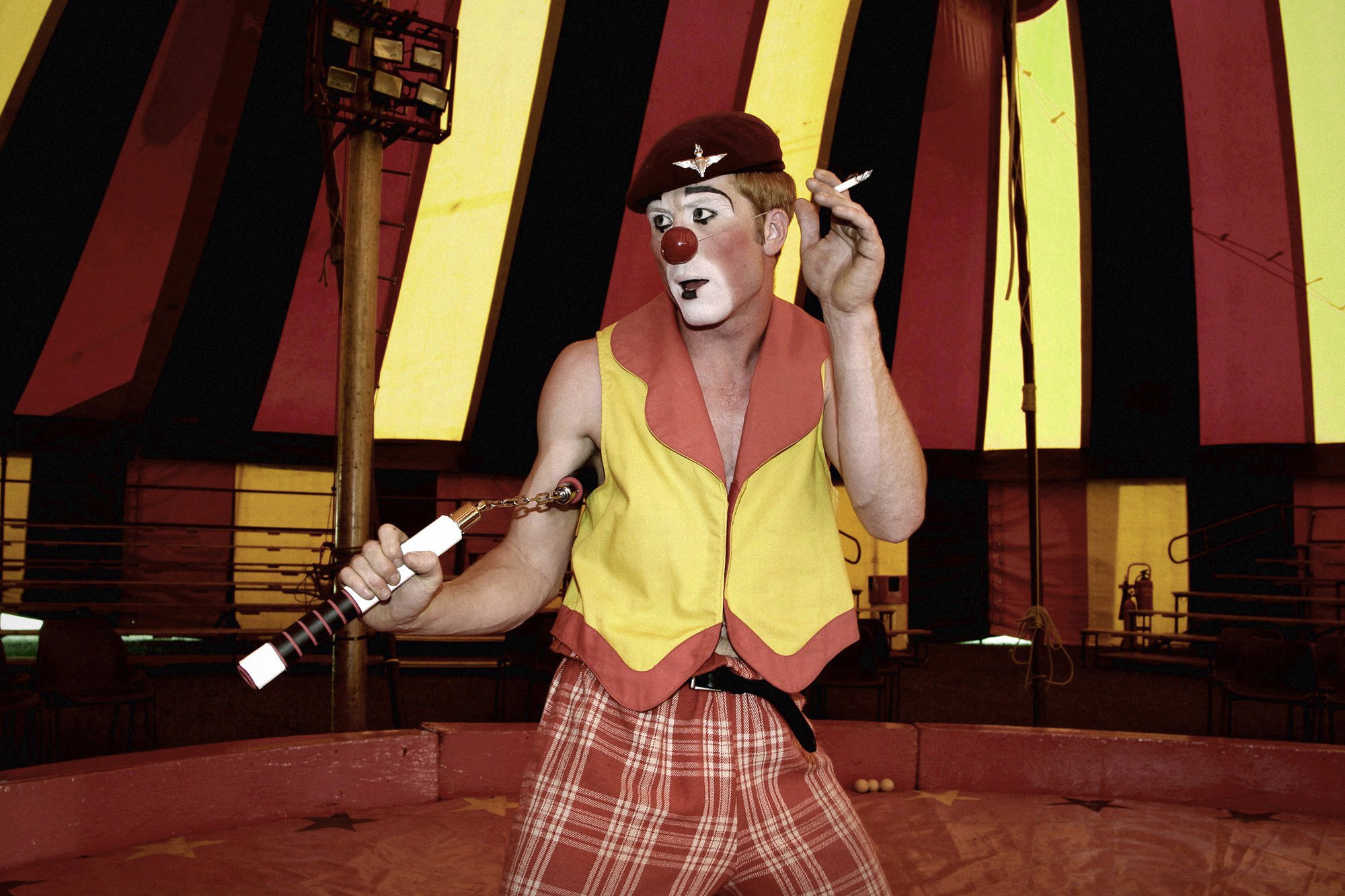 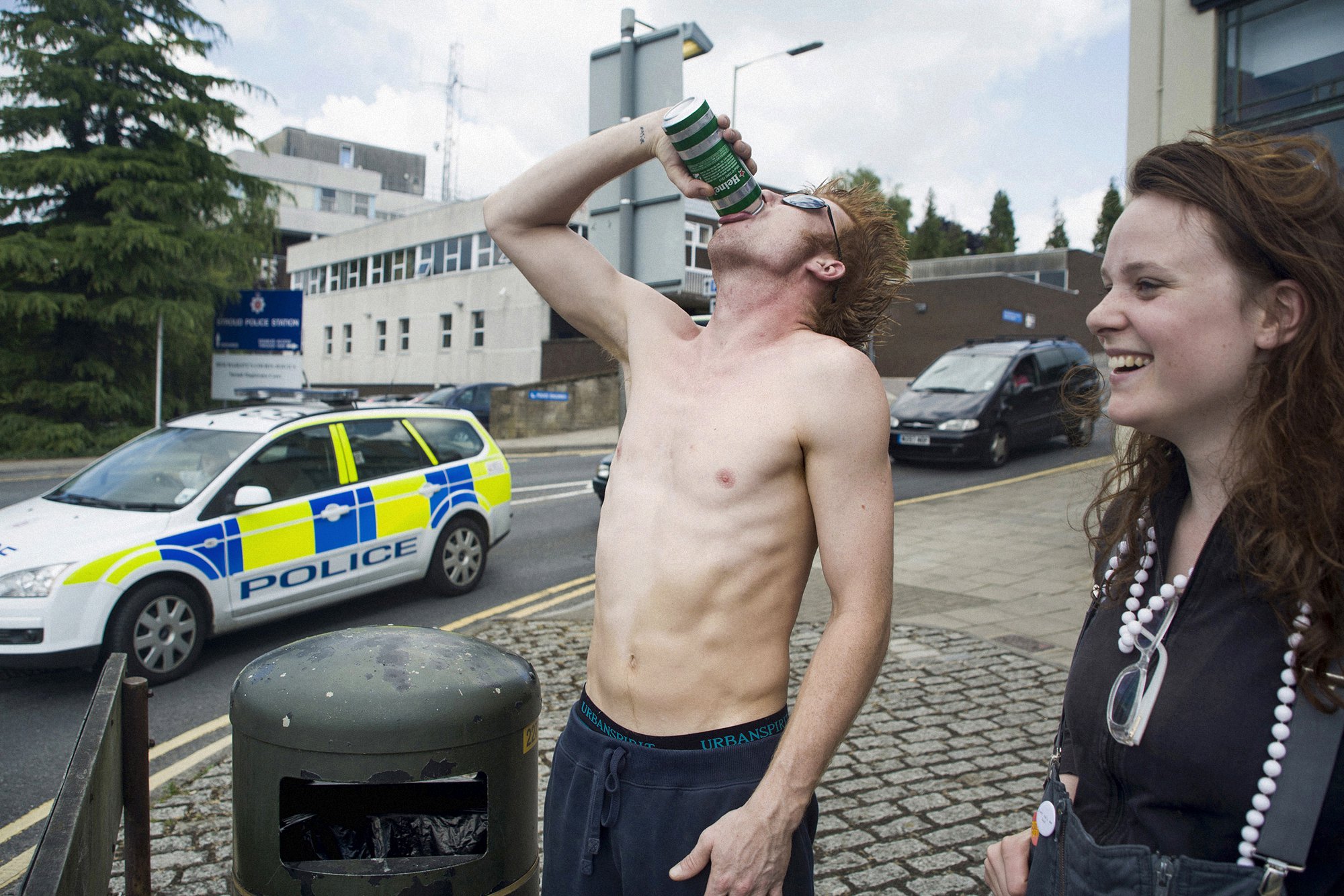 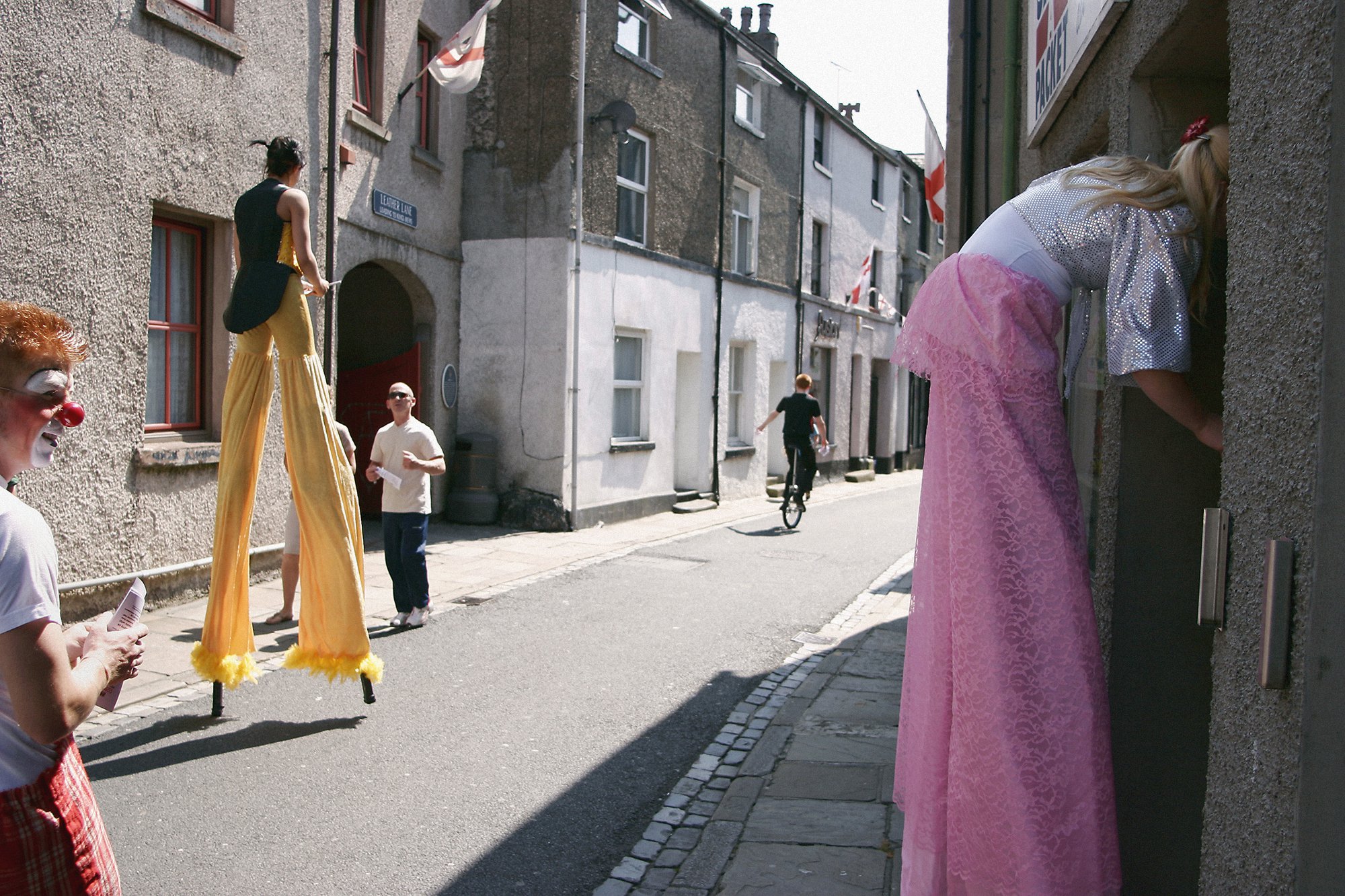 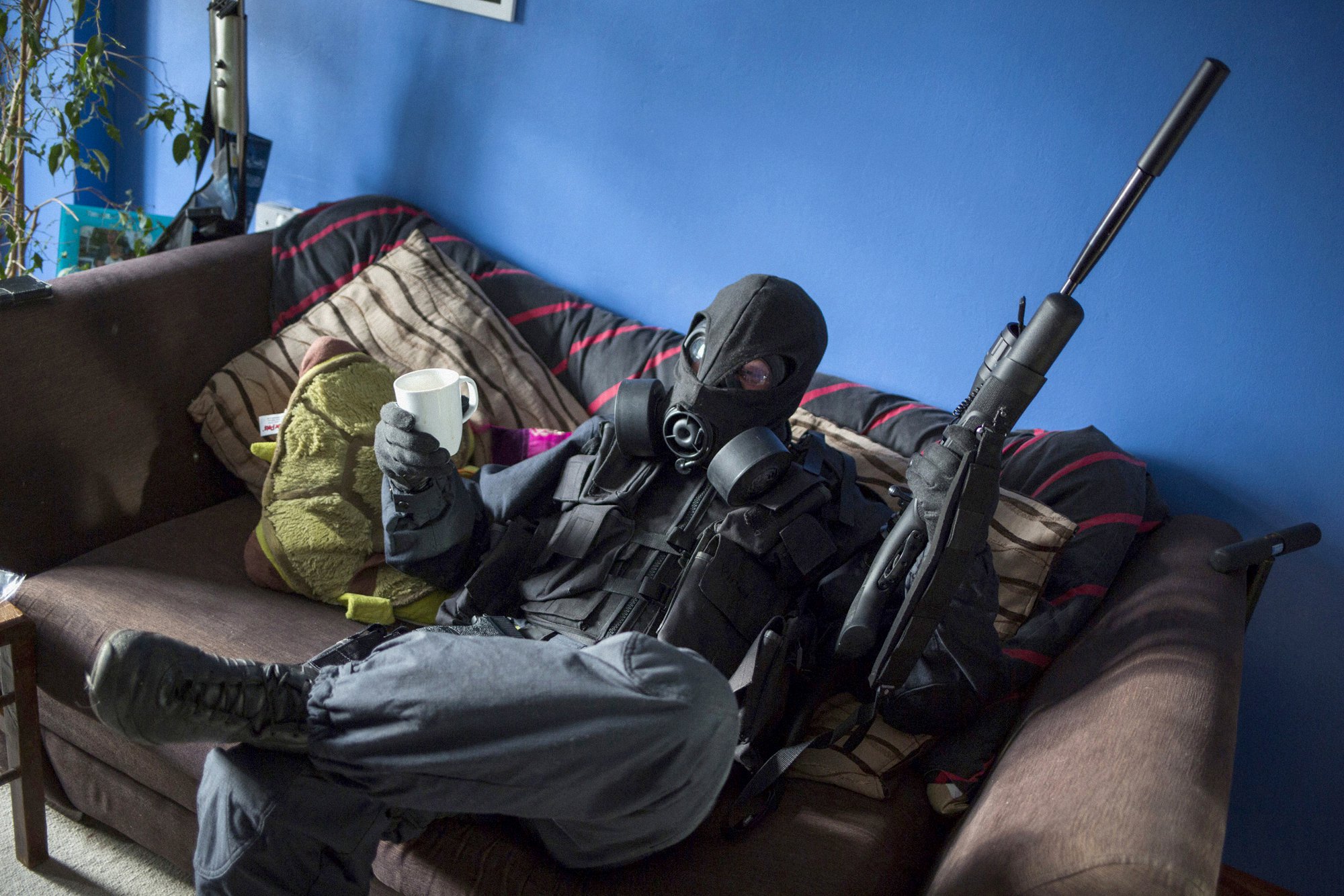 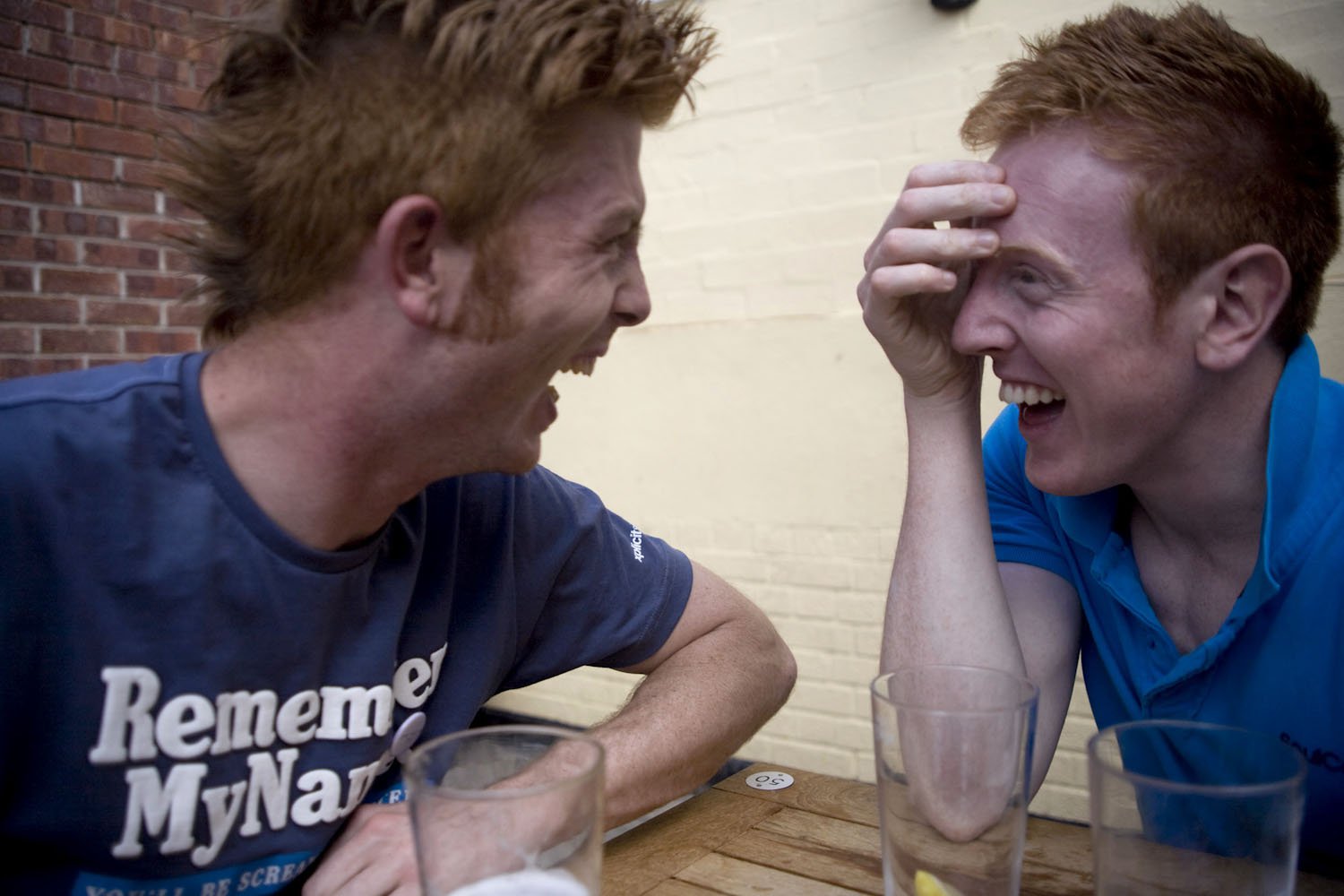 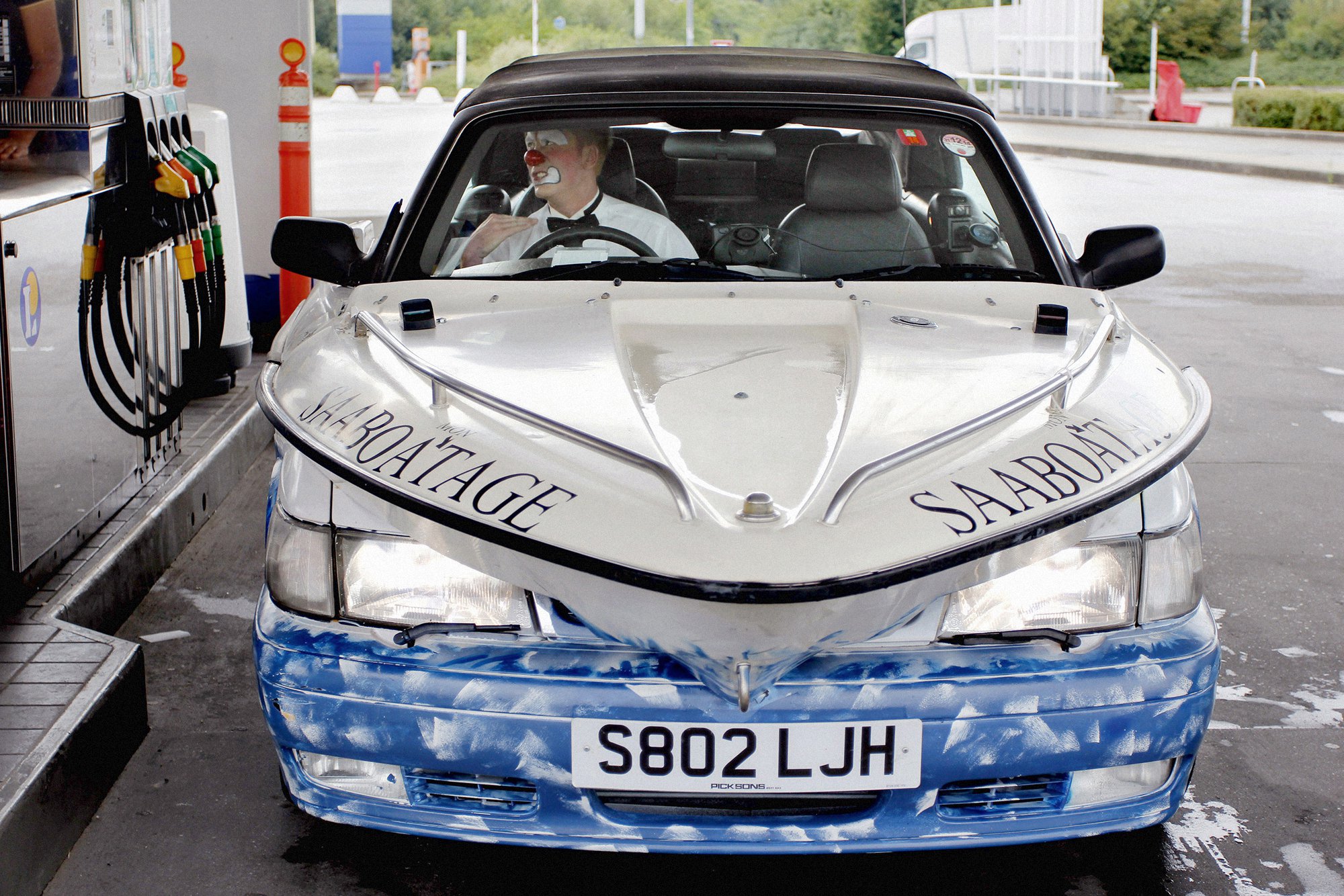 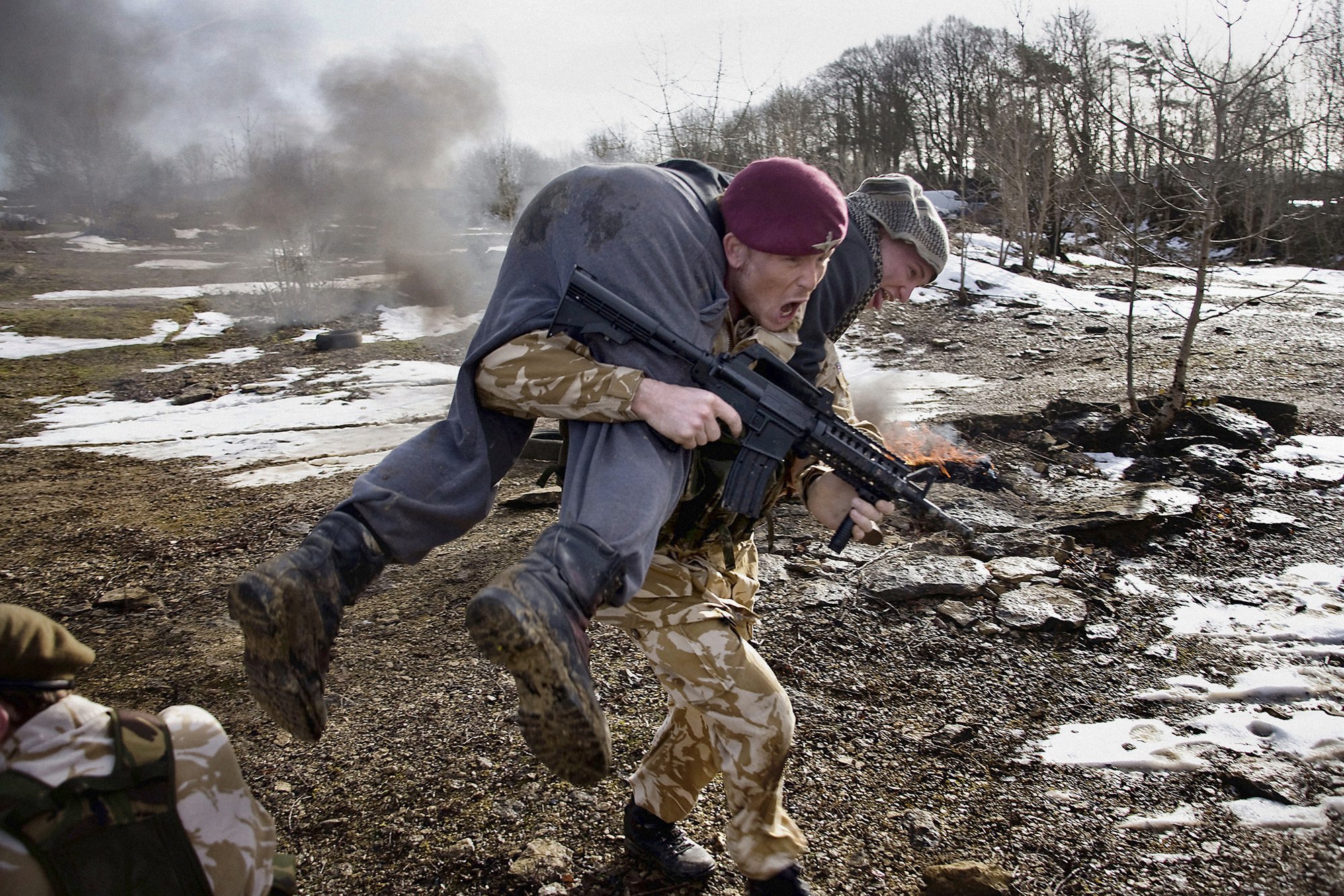 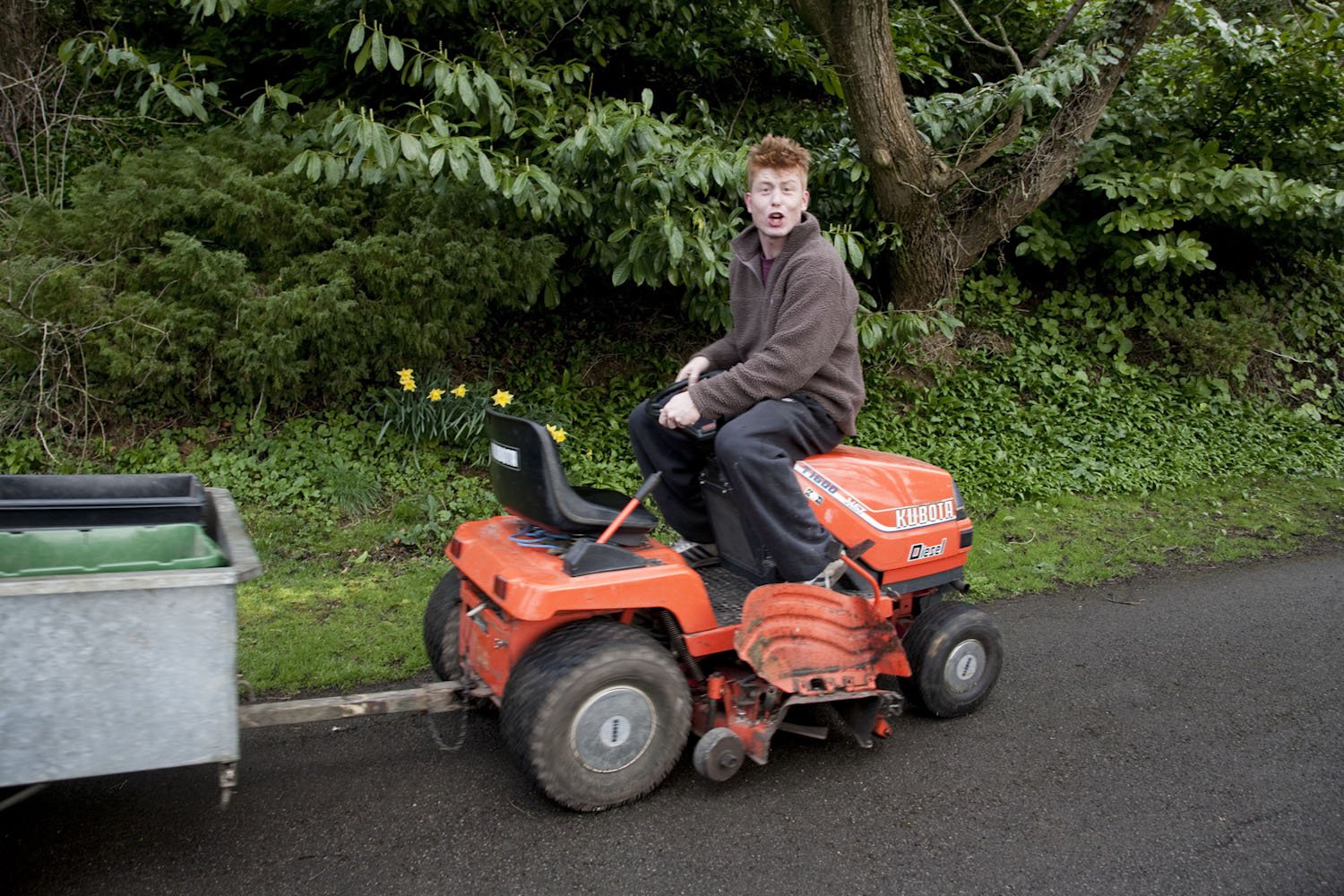 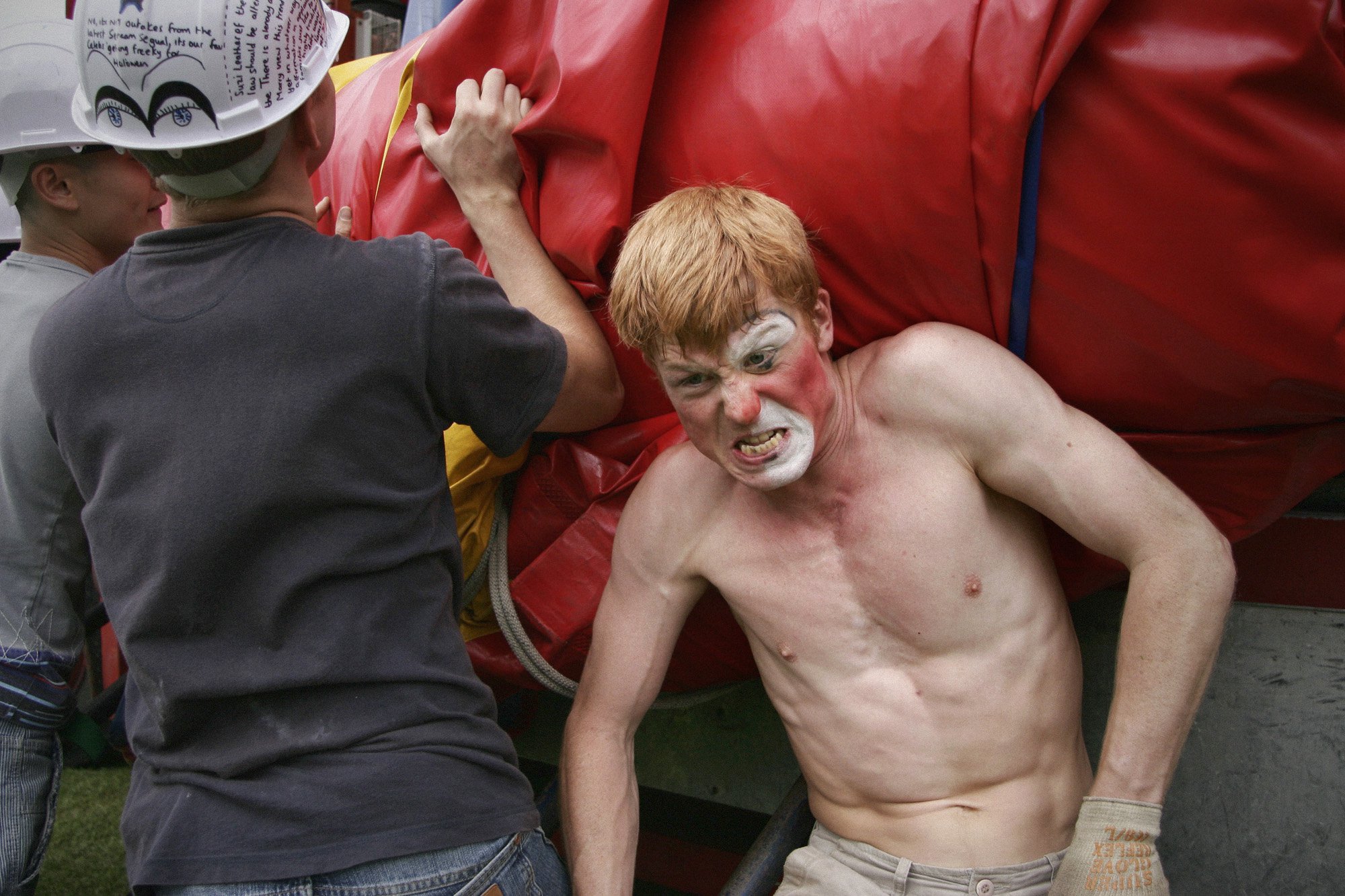 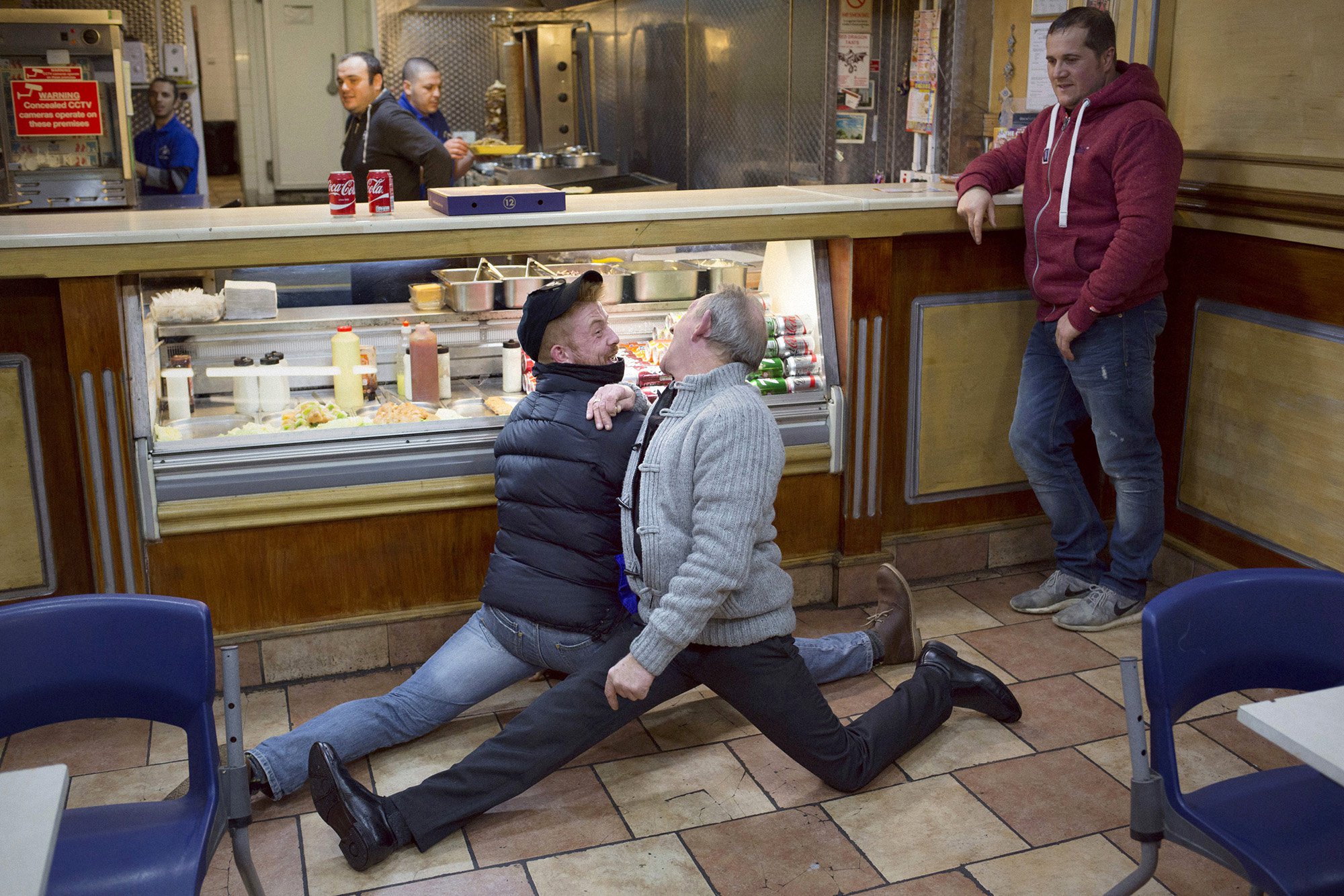 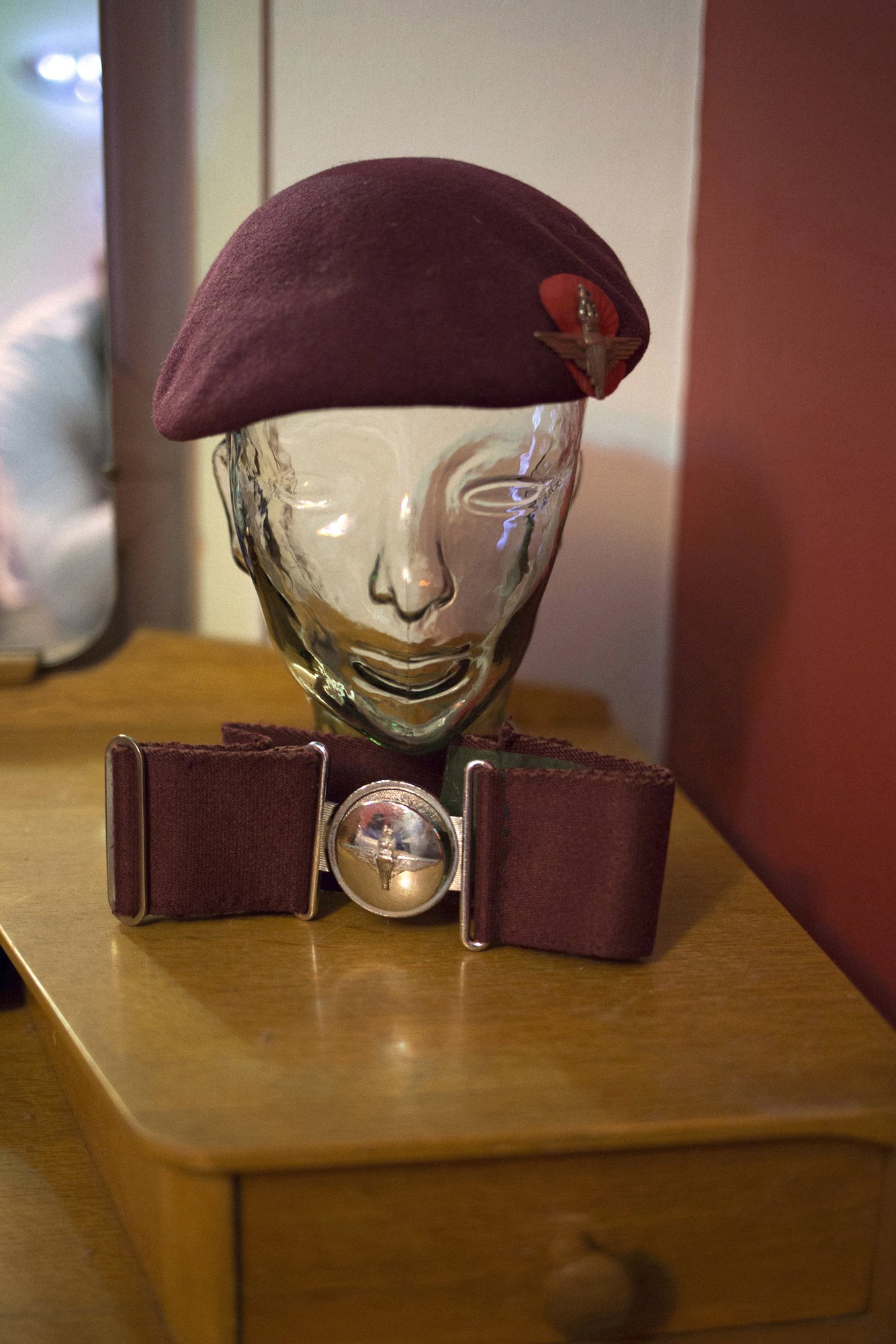 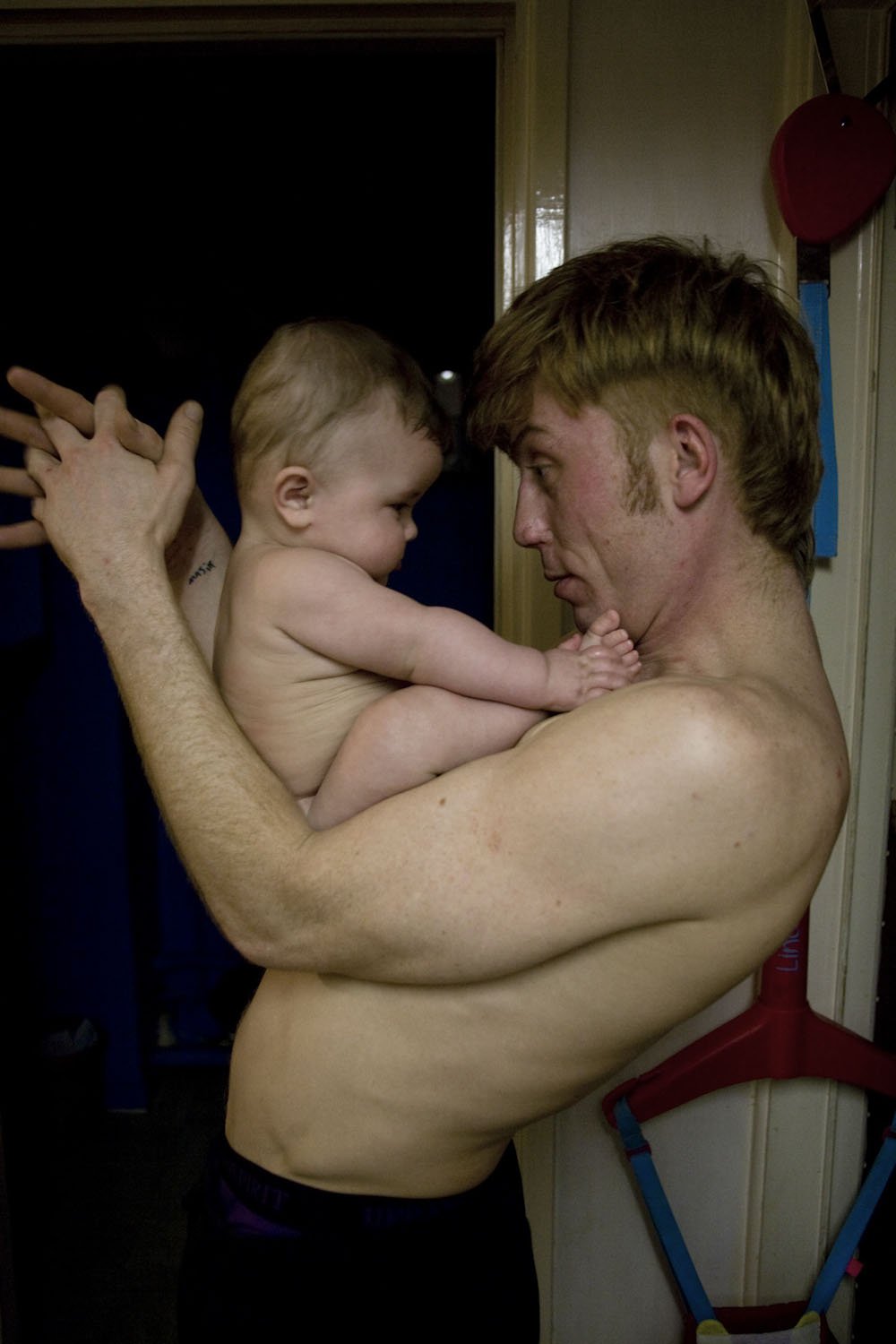 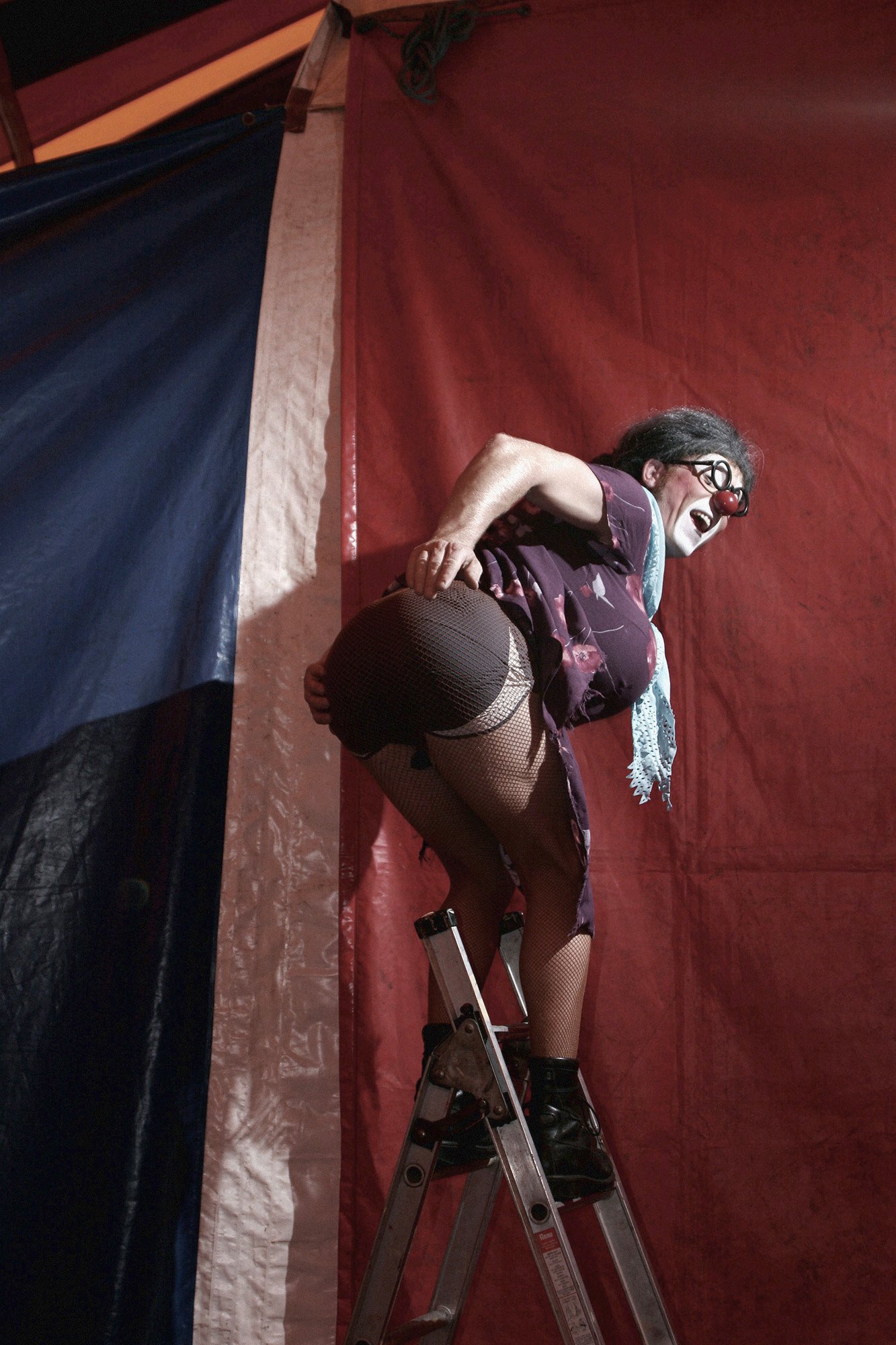 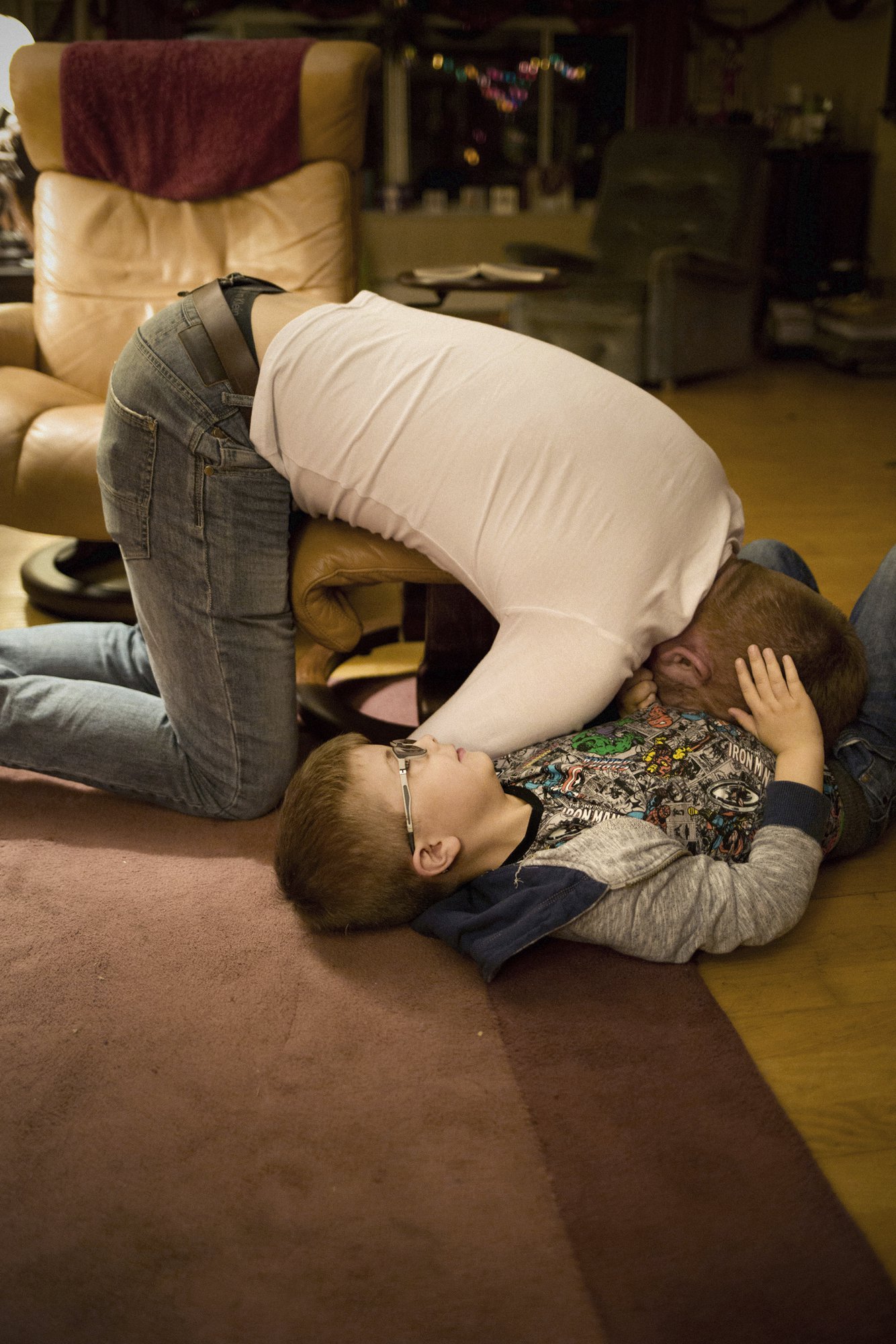 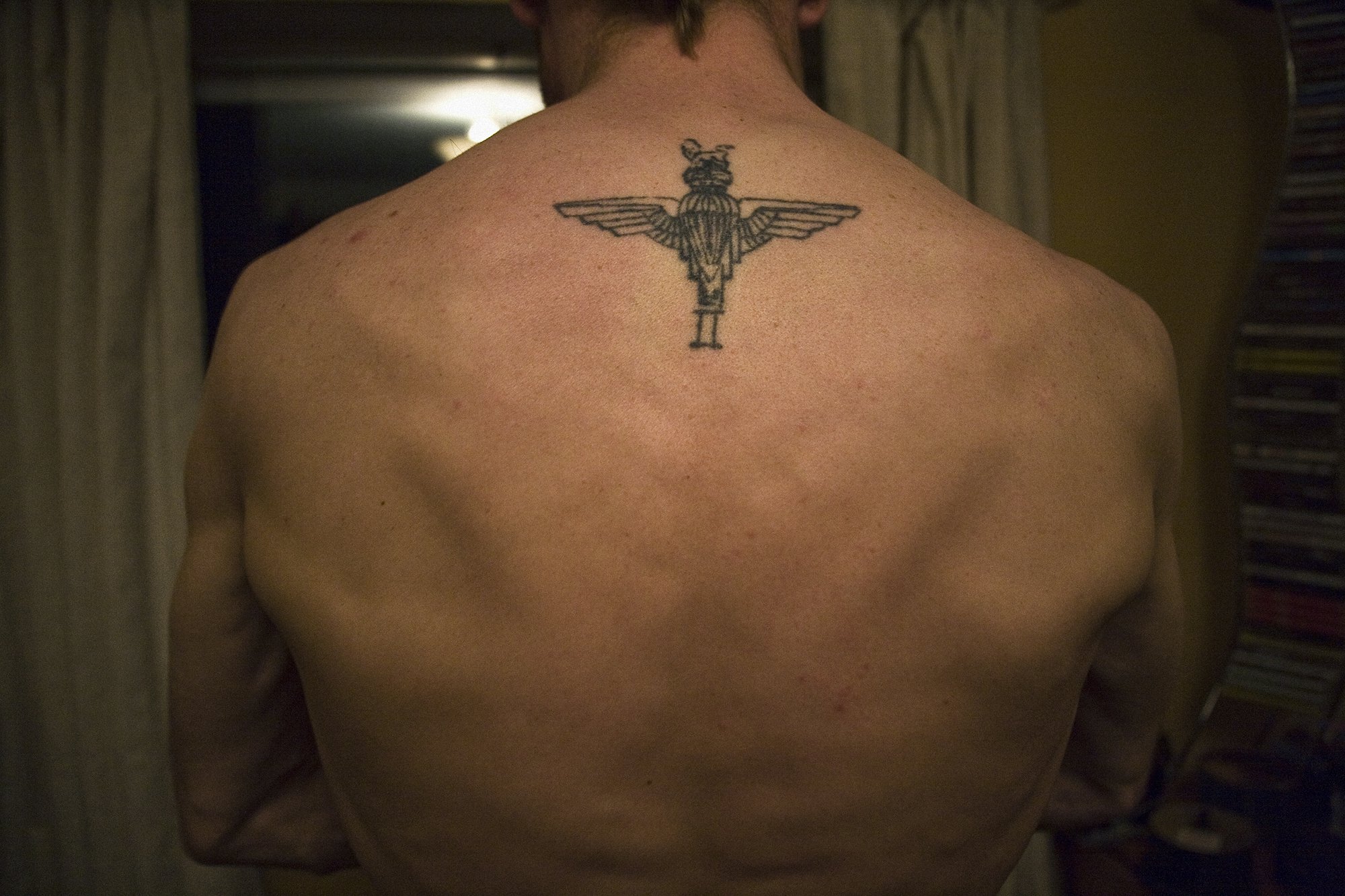 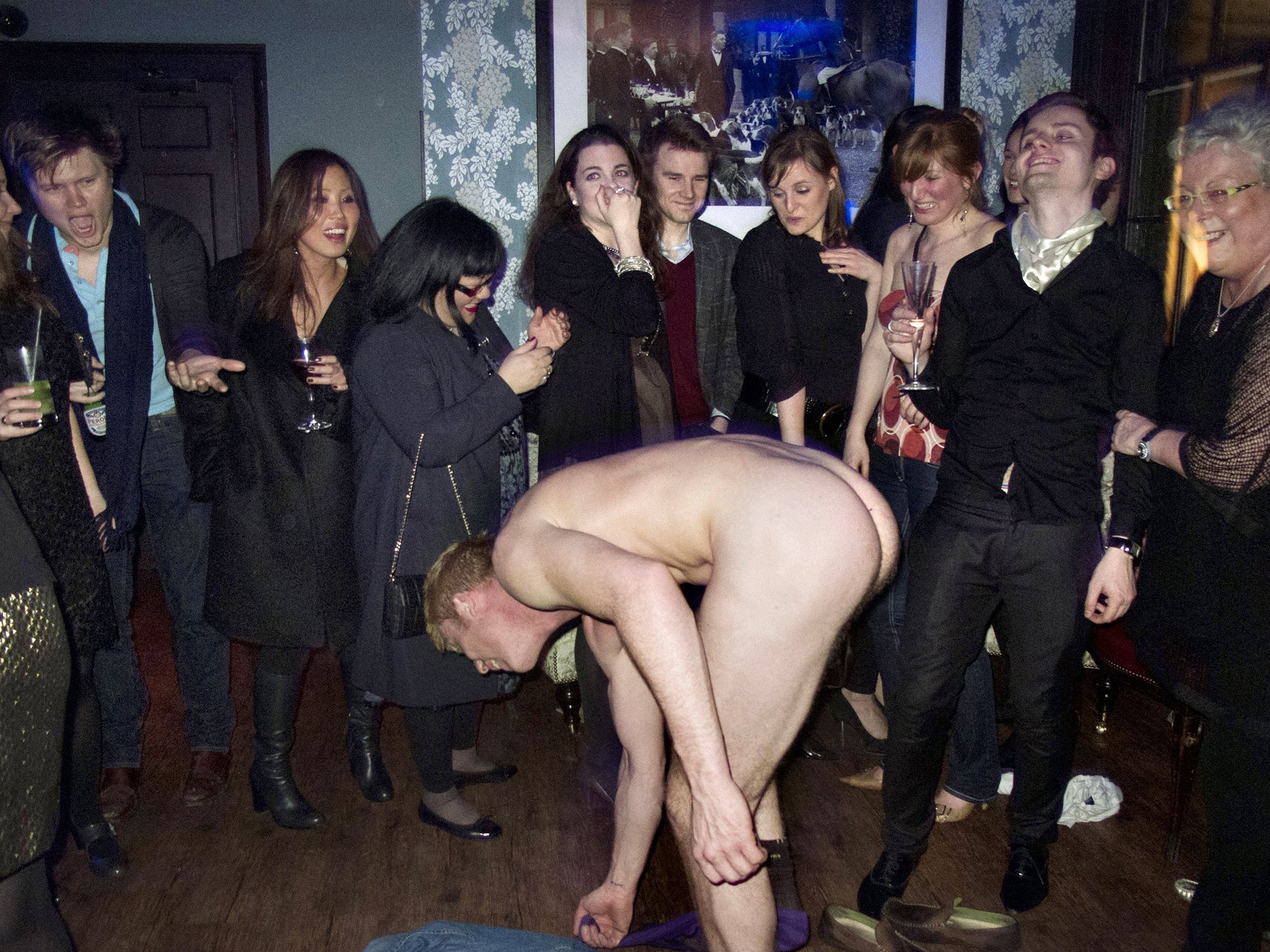 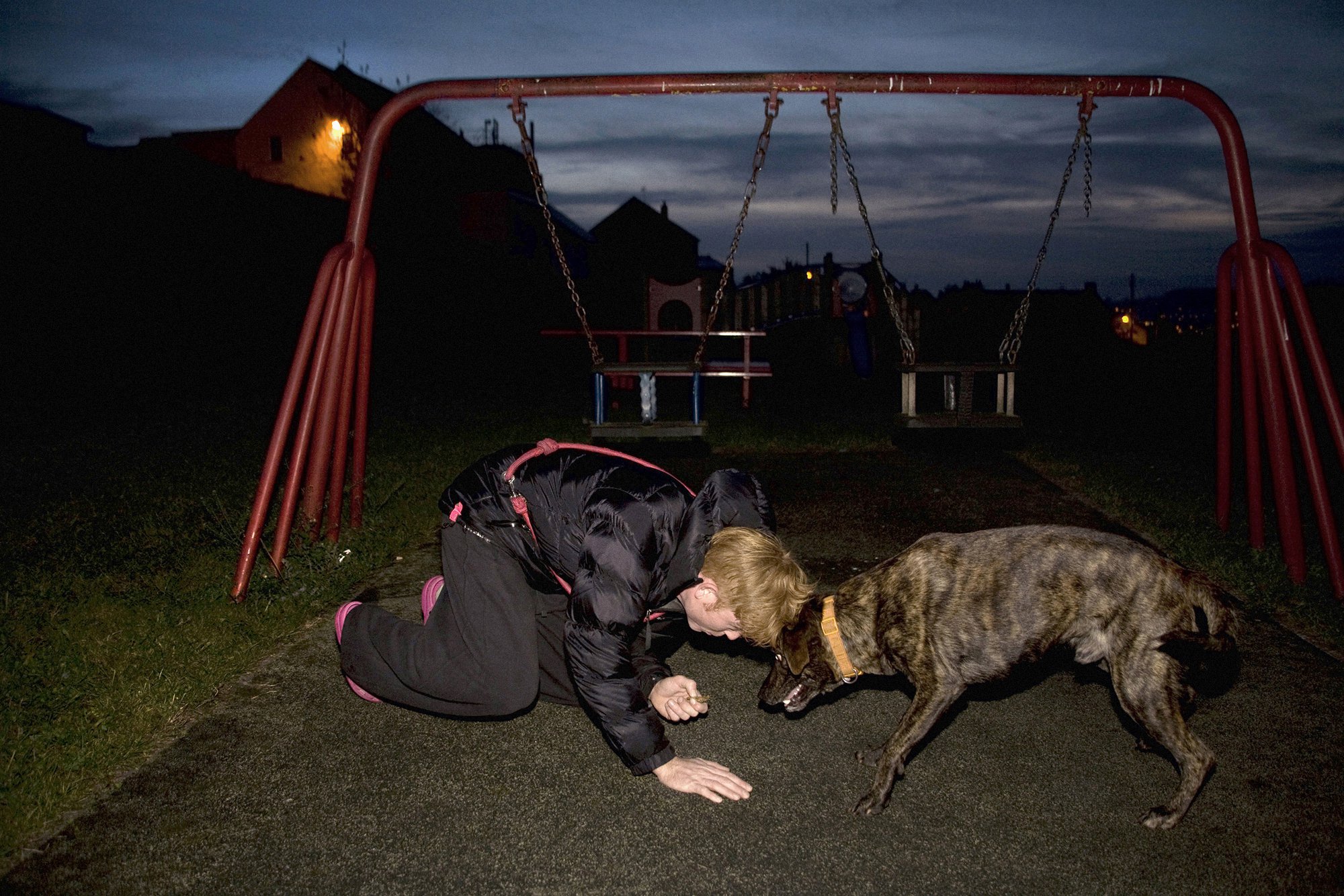 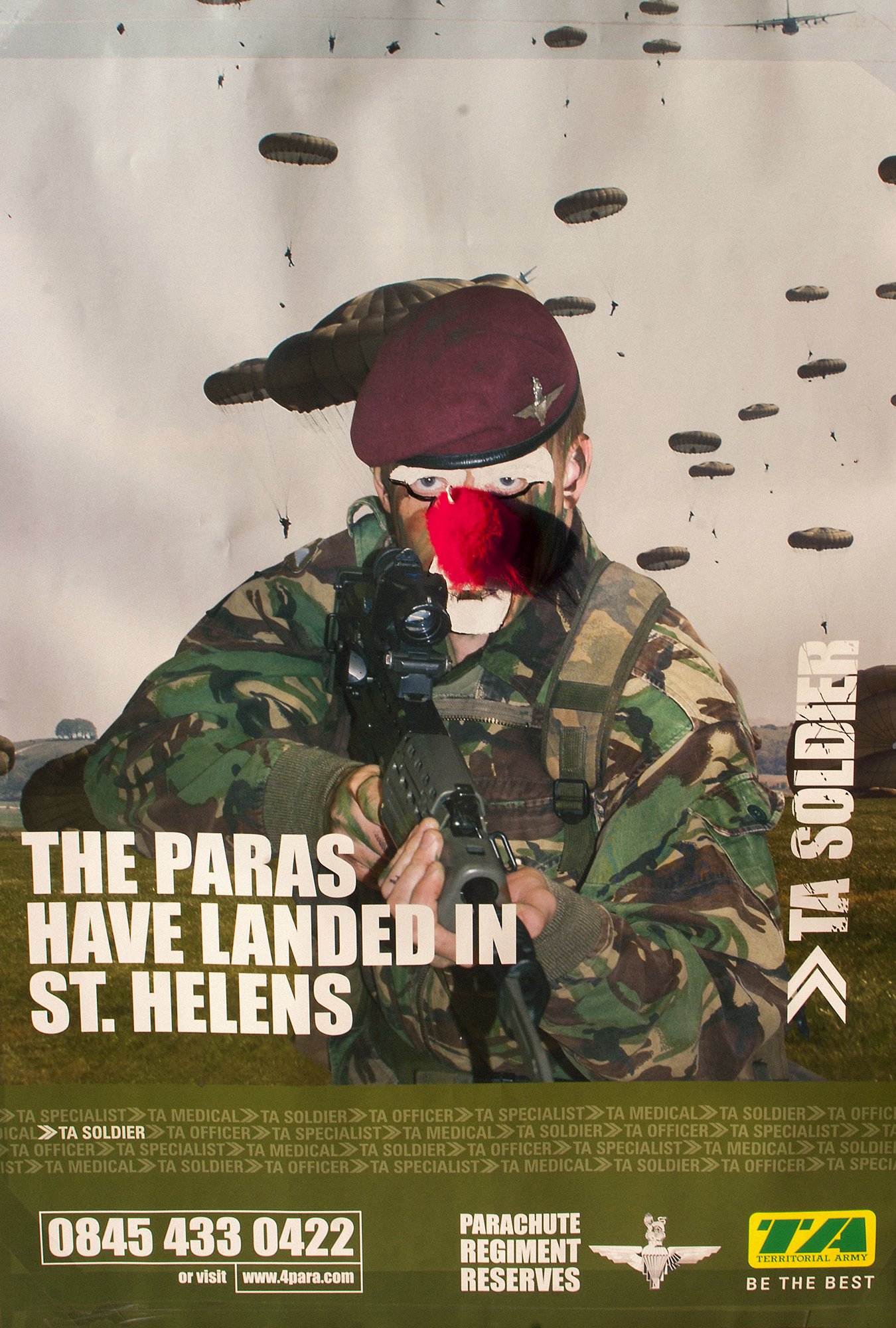 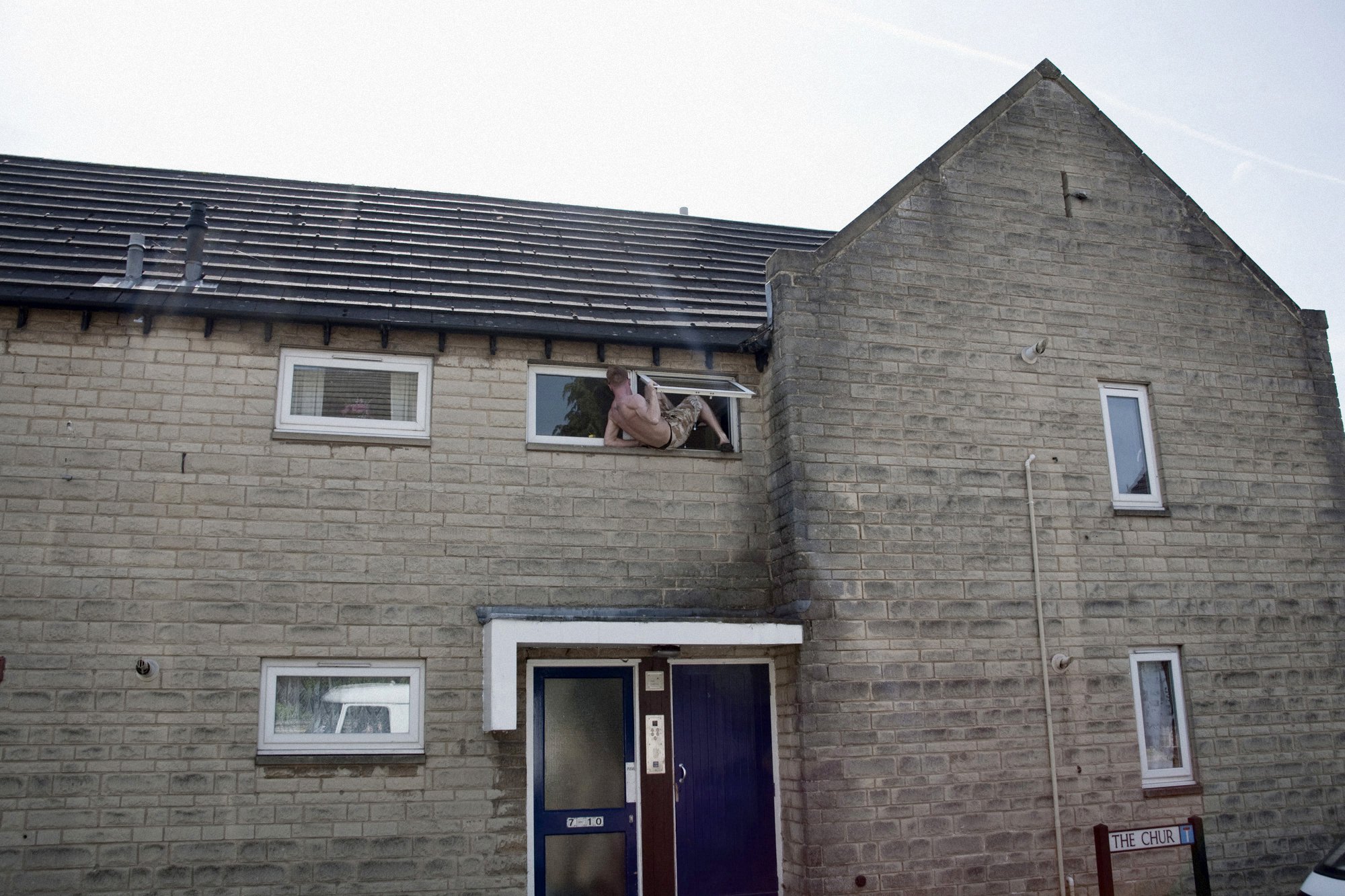 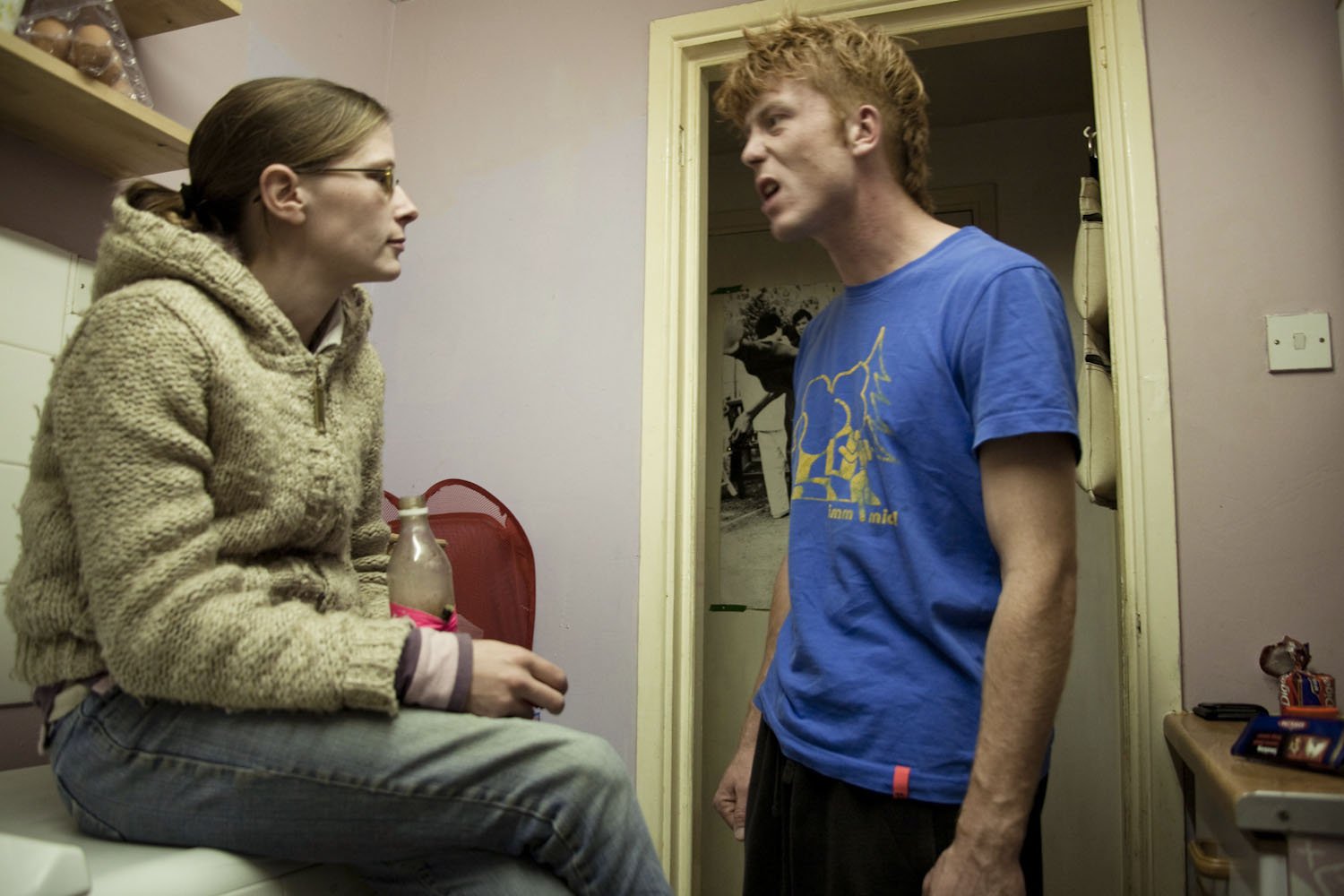 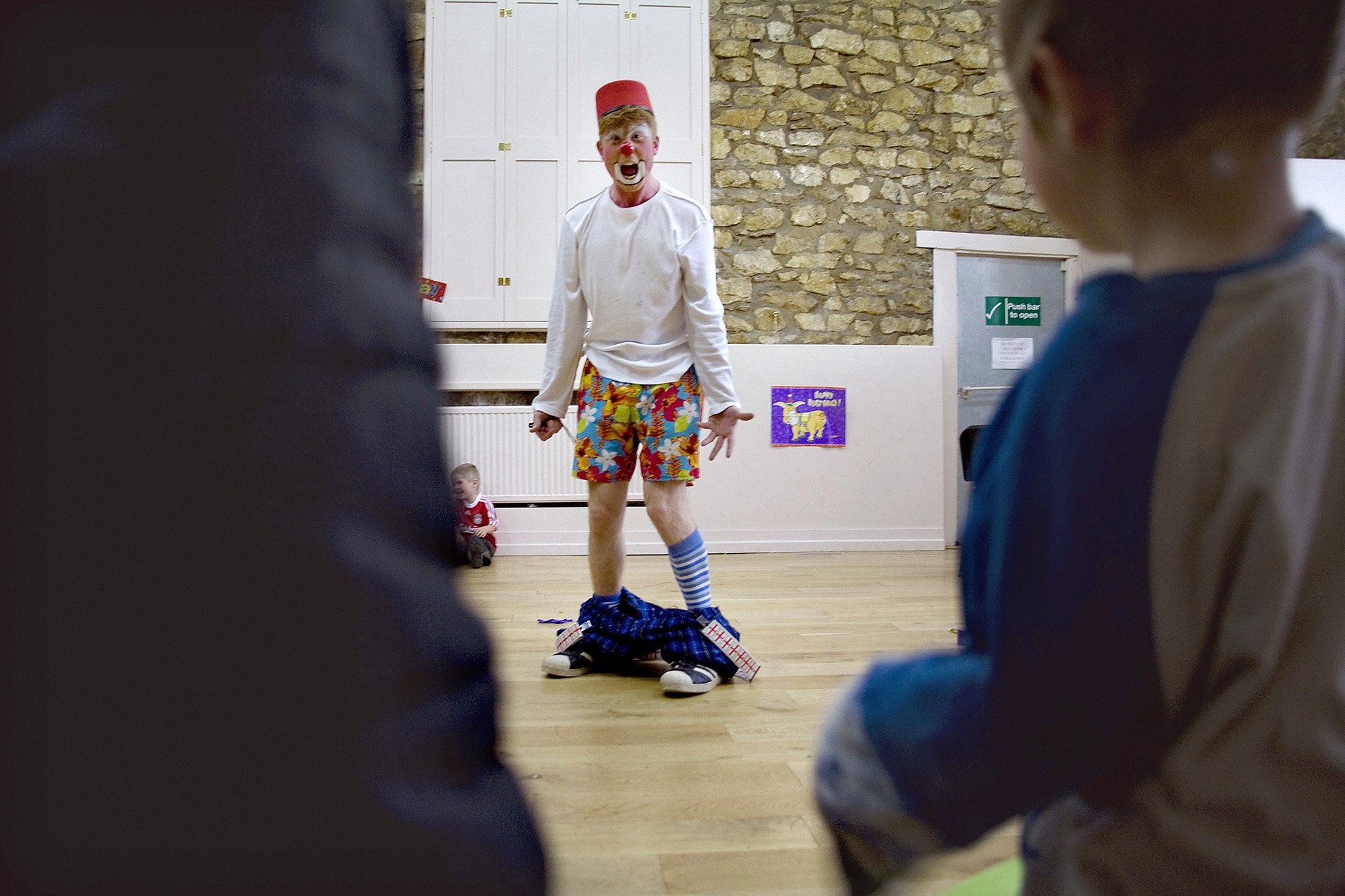 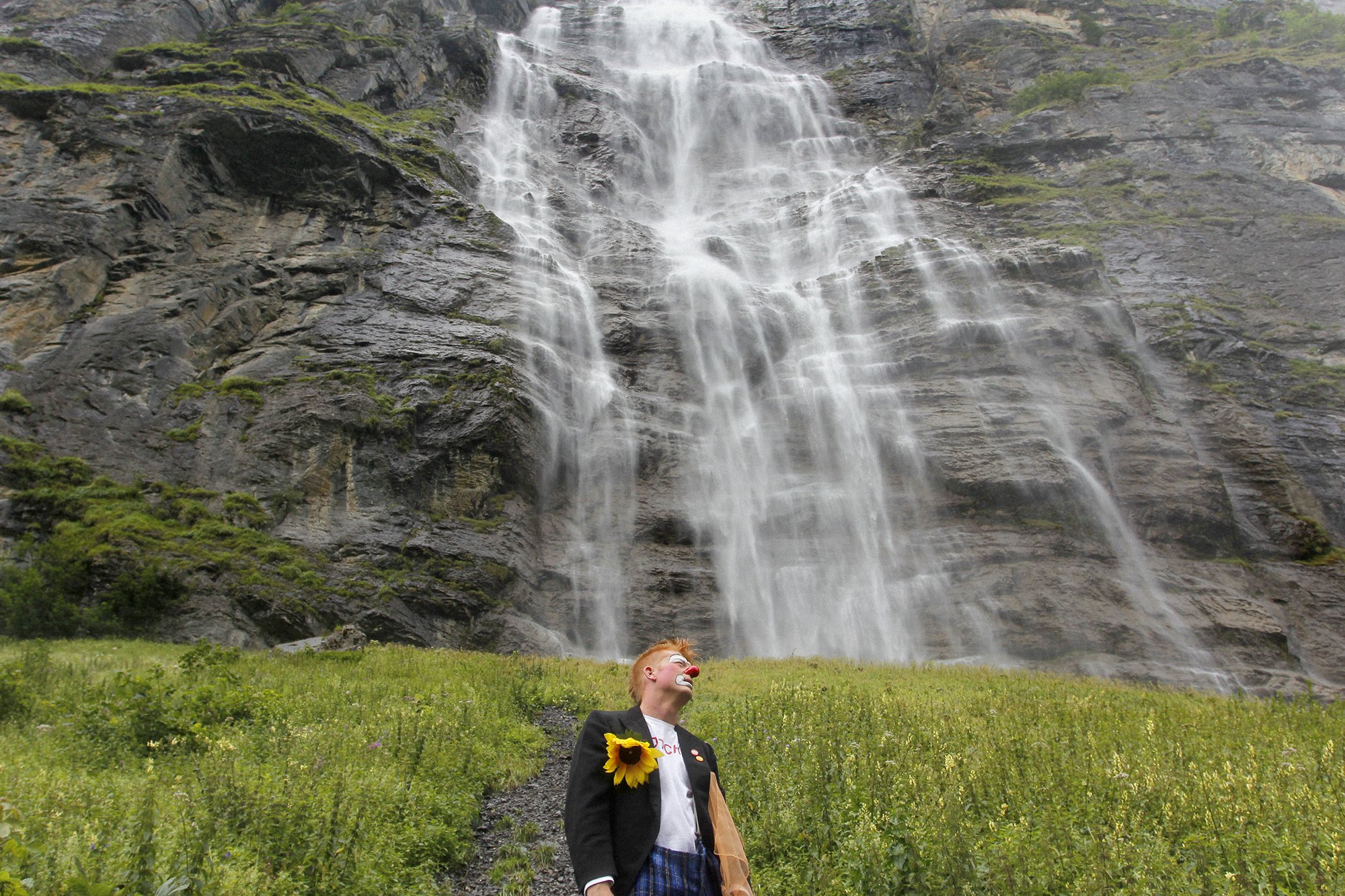 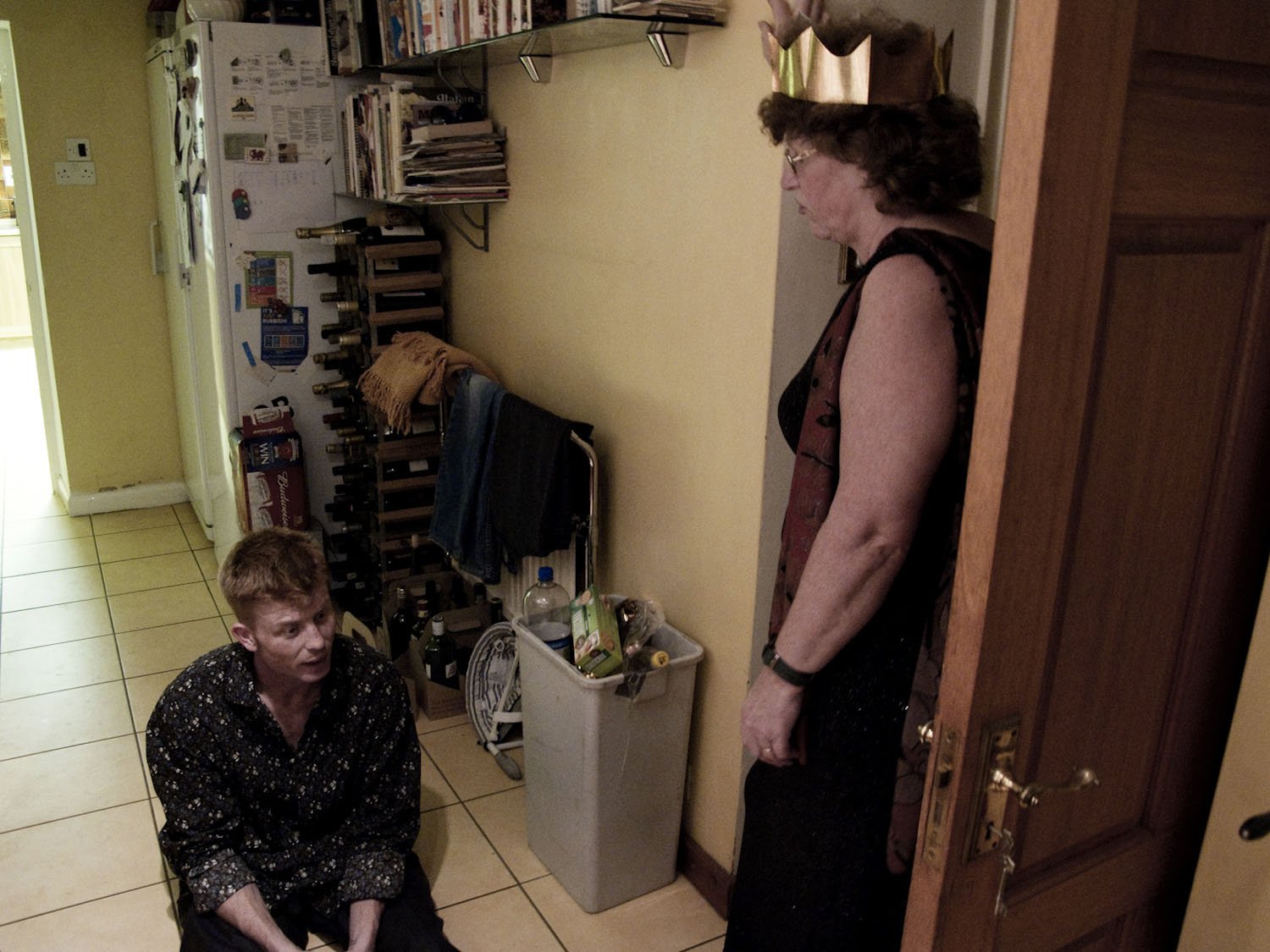 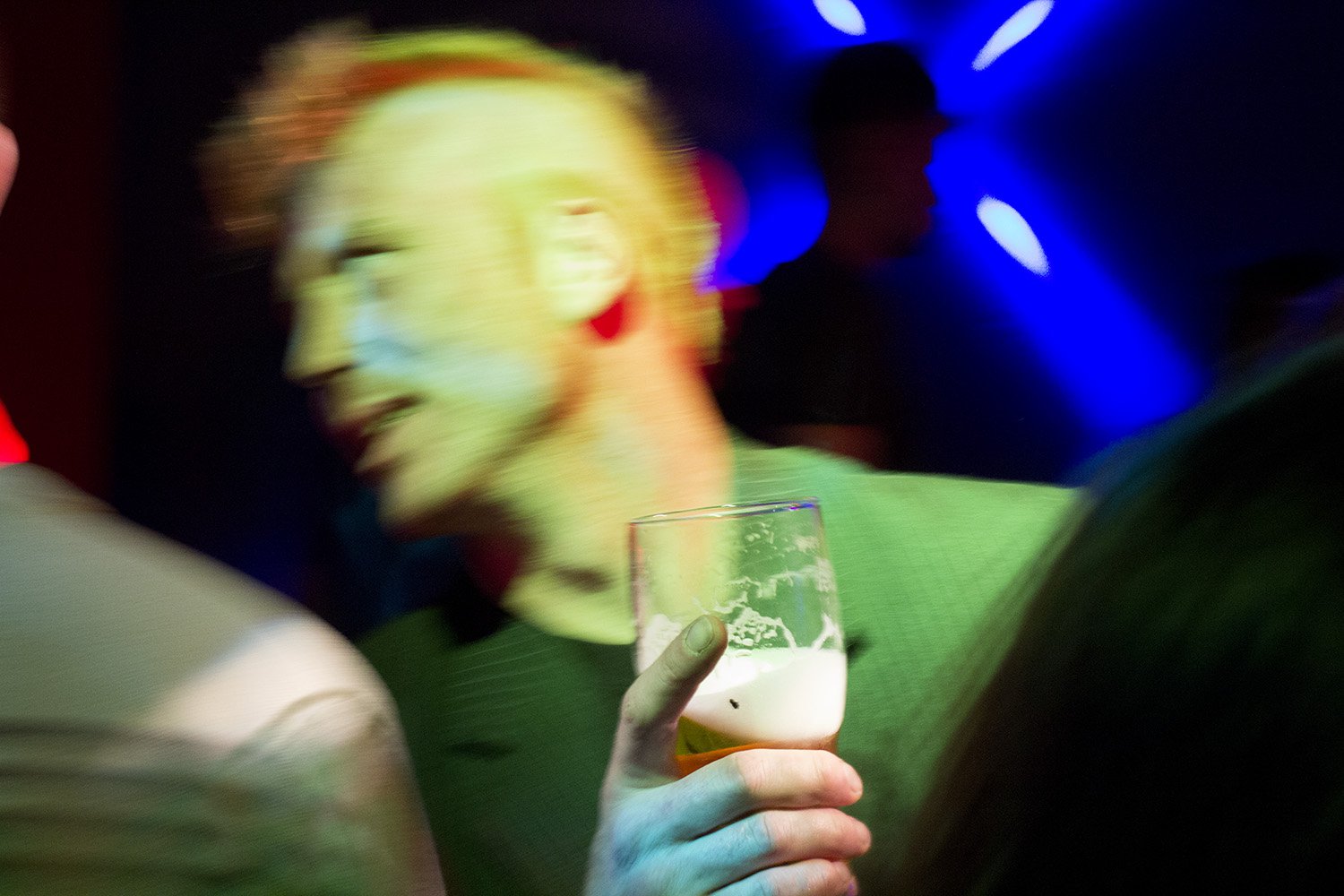 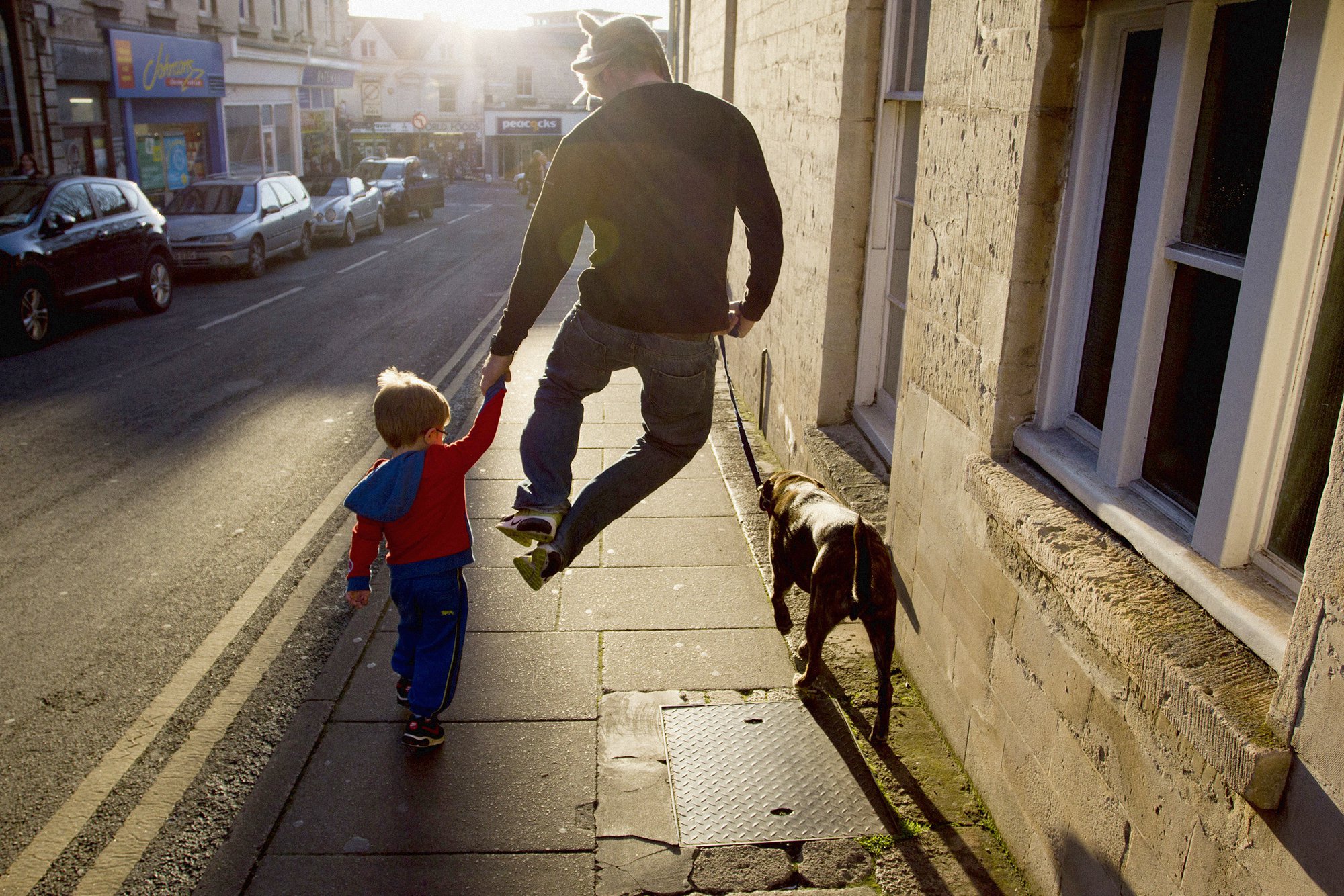 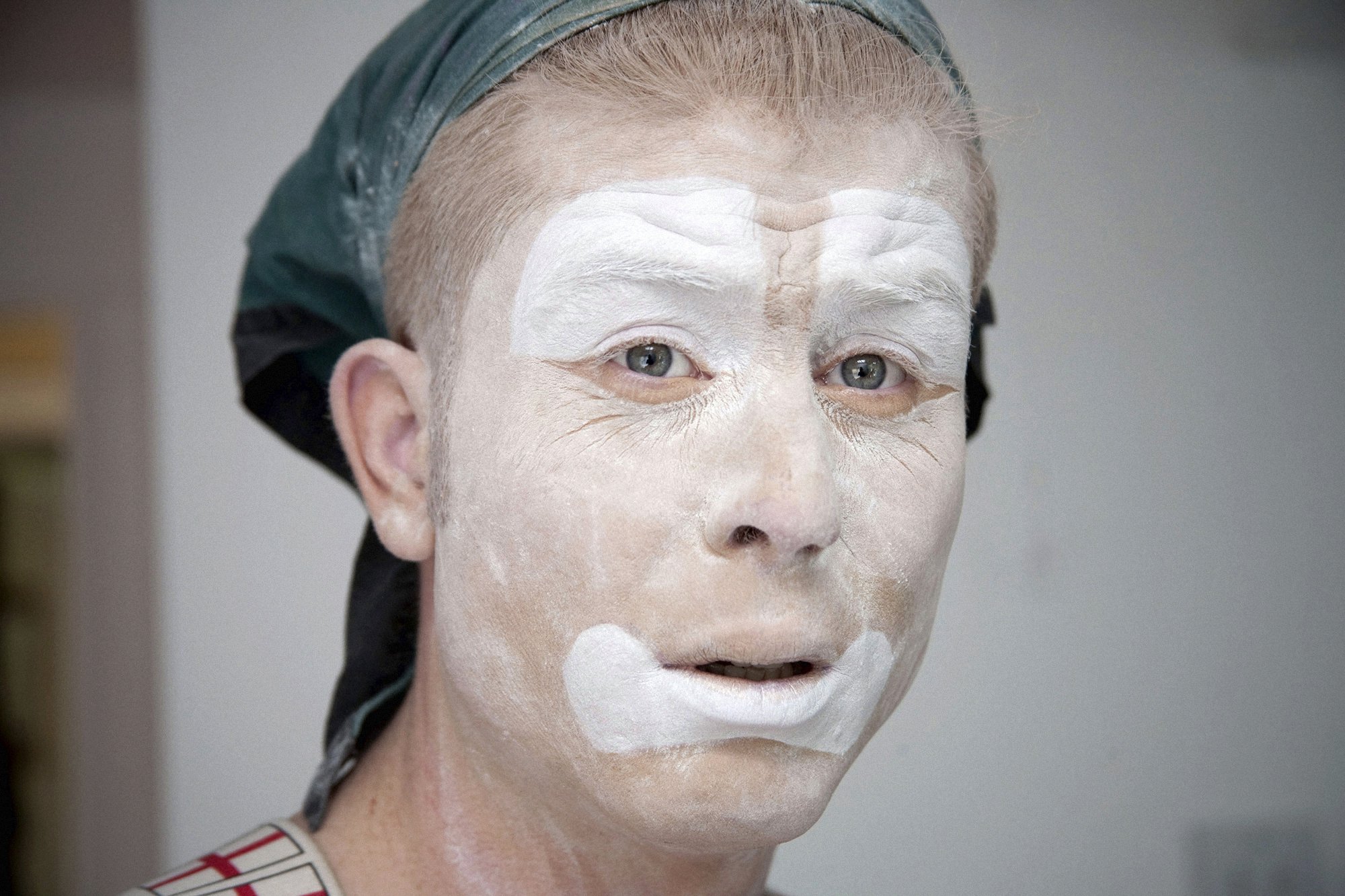 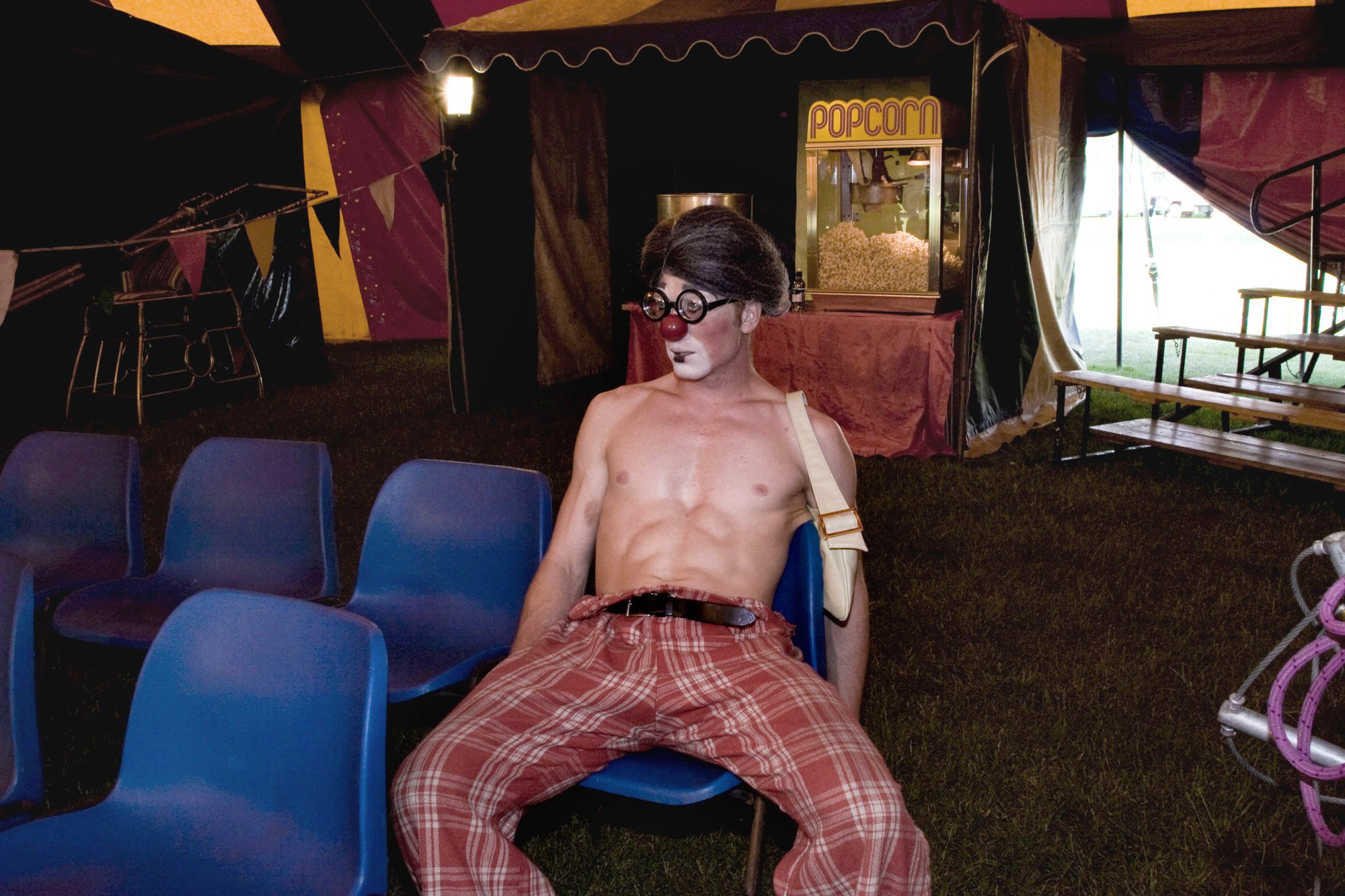 Moochie The Clown is one of those rare people: like meeting a character that jumped out of a book. I met the man behind the (clown) mask back in 2006 when he was training at the Academy of Circus Arts. I have been following him ever since. His story is turbulent with unexpected twists, tragedies and celebrations, haunting memories and over-grown ambitions.  He is here to intrigue and to provoke but, mainly, to persevere.

This collection invites us to imagine all the possible stories behind those photographic tableaux.

Highlights from his life:

-       Together with his younger brother Tomus, he was brought up by foster families until the age of nine.

-       His biological sister gets adopted by a different family. They have only met 3 times since.

-       He was bullied at school and later on in the military for being extrovert and ginger.

-       In 2005, he retires from a four-year career at the 2nd Battalion of the Parachute Regiment of the British Army. He had spent eight months in Afghanistan.

-       Shortly after, his brother passed away from excessive drug use.

-       He has a seven-year-old son named after his brother Tomus. Tomus’s mother is his brother’s ex girlfriend. They are separated.

-       His adopted parents live comfortably in a farm.

-       Paul lives in a council flat. He works as a clown on children’s parties and takes on occasional labour jobs.

-       His friends describe him extrovert and generous, intelligent and very eloquent.

-       He has a strong background in martial arts. His personal hero is Bruce Lee.

-       He has recently started exploring stand-up comedy as a career.